This project aims to add support the Exposure Notification (EN) protocol for tracing contacts from Apple and Google on low-power wristbands. It maintains full compatibility with smartphone Apps based on the EN protocol.

Note: this is a proof of concept and not ready for production
Contributions Welcome!

Note: as we for now do not use the flash for key storage, this currently only works on nrf52480 or you can just store a very small number of keys. Moving the keys to flash is on the TODO list and will fix this.

This project is based on platformIO for an easy setup process, see: https://platformio.org/platformio-ide.

To run the tests for the desktop environment select the task test for desktop or run: 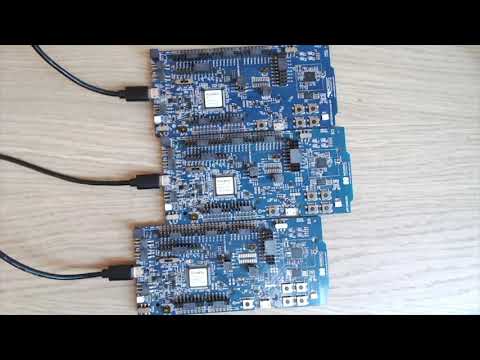 The devices need to be initialized:

In case of an infection, the keys need to be extracted from the device:

Device Updates Over the Air (OTA)

Possible platforms for real-world deployment many, as many of the cheap fitness trackers base on NRF52 or chips with similar capabilities. However, many would need the firmware to be shipped to manufactures.

A basic visual interface based on LVGL is included. It can be tested on POSIX-compliant platforms by building it with the zephyr/build_native.sh script. SDL must be installed to provide a virtual display.

Exposure keys can be unpacked from their protocol buffer. The unpacking can be tested, by setting the TEST_UNPACK_KEYS=y and TEST_UNPACK_KEYS_N=n config variables. The test will run first thing at startup and output the time, it took unpacking and iterating over the keys.